If you are the creator of a photo album, you can delete the album.

Warning: Deleting a photo album is permanent. There is no way to bring back a deleted album.

Photo albums in ProjectTeam.com are a powerful tool that helps to organize and share photos. However, if you create a photo by mistake or need to get rid of the album at some point, you can delete albums that you created. 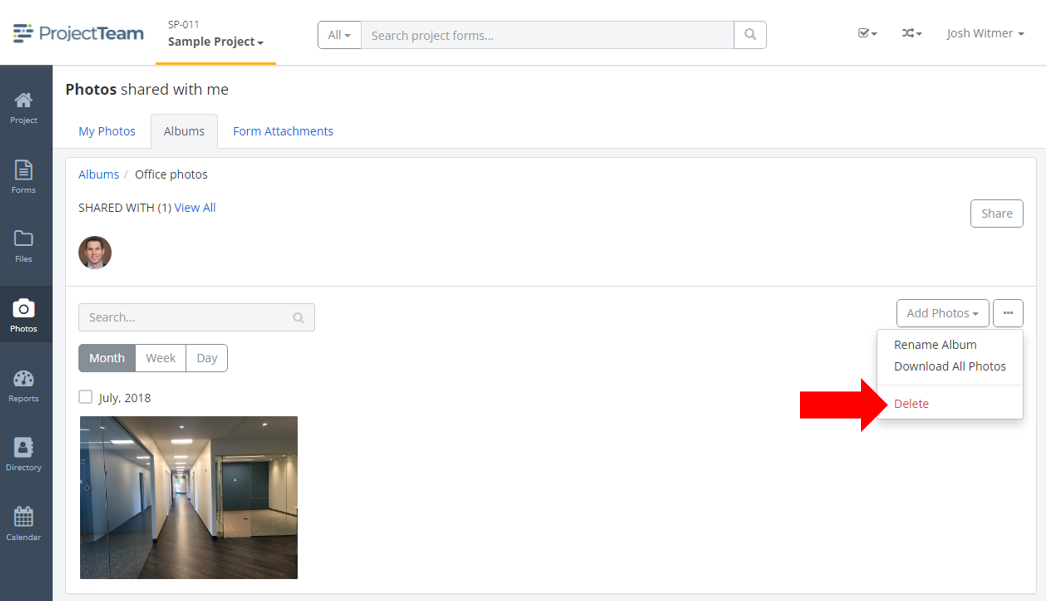 What happens to the photos in a deleted album?